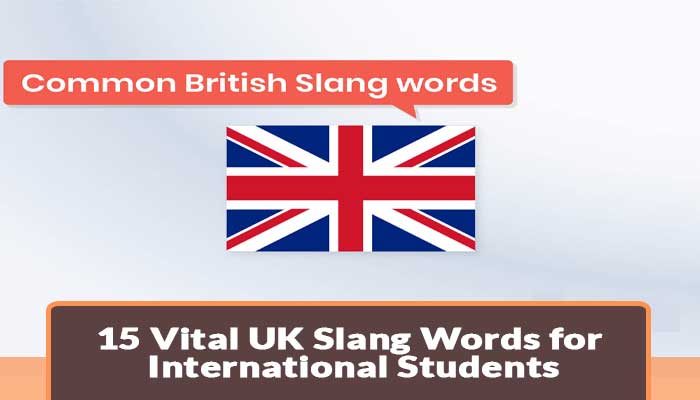 UK slang words most commonly known as Slang English are student’s preferred method of communicating a message in short form or otherwise known as slang words for the foreign student.

Students from all over the world approx. 750,000 foreign students enroll in several UK universities each year as UK is known for its high standards in quality education all over the world. Uk is considered the first choice of international students when it comes to English degrees and courses. UK being home of some of the most highly regarded educational universities in the world including Oxford and Cambridge University no wonder UK qualified students are recognized worldwide.

Uk, being number one preference due to its high education standards, attracts over 200 students from all over the world, including majority students from India, Malaysia, China, Pakistan, China and the United States visit the UK for their future studies.

Students of the world not only have to adjust to foreign country lifestyles and standards, but most students also struggle to cope with the major dialects of English language. Linguistic barrier being already a major obstacle for international students to cope with further difficult British slang in order to clear their view points toward others.

International students will experience different forms and dialects of English language. You may be familiar with some common British slang words like “bloody hell” or “mate” that you may have come across while watching some British movies. There are many slang words that foreign students need to understand before visiting UK as UK slang is very important in order to convey your messages across British students and people.