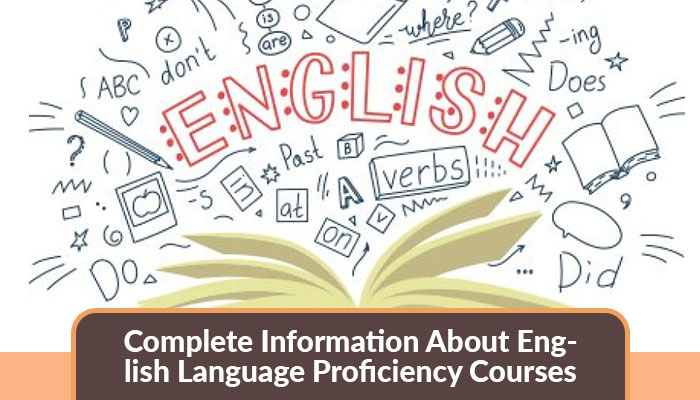 TOEFL is the Test of English as a Foreign Language and is a very popular test across the world. Many international universities demand that students submit the TOEFL certificate along with the application form. It is a computer-based test that the candidates have to complete the test in 3 hours and the test is divided into four parts as Reading, Listening, Speaking, and Writing. Each part has 30 points and the total score of the test is 120. In the first two parts, the candidates have to read texts and listen to recordings and then solve the MCQs asked in the test. The most common score of the TOEFL required by the universities generally ranges between 70 to 90.

IELTS is known as International English Language Testing System and is considered for academic as well as professional purposes. IELTS is also considered one of the popular English Language Tests that is required by many universities. The IELTS test has four parts that the candidates have to complete such as Listening, Academic Reading, Academic Writing, and Speaking. The duration of the IELTS test is 2 hours and 45 minutes and the candidates are required to complete the test in given time period . The test is available both computer and paper-based. In the computer-based test, the candidates have to solve the exam by using the computer in the assigned test center. The candidates can now register online for the IELTS test and can be taken from anywhere in the world. The commonly required score of IELTS range between 5.5 and 6.5 to get admission in the English taught programs. The candidates are informed that the IELTS certificate is valid only for two years.

The PTE Academic test is known as the Pearson English Language Test that is required by a number of universities as proof of English knowledge. The PTE test is divided into 3 sections as Speaking and Writing, Reading, and Listening. PTE Academic takes 2 hours to complete and is also available online that allows the students to take the test from anywhere in the world. Many universities and colleges require minimum scores of 50–60. The PTE certificate is valid only for two years.

Cambridge English Language Assessment was formerly known as the University of Cambridge ESOL Examinations. It is a nonprofit organization that offers a number of English language certificates and some of them are mentioned below.

B2 First is known as the First Certificate in English. It is formerly known as FCE and it is at the same level as the common scores for the TOEFL and IELTS. The candidates are notified that the duration of the test is 3 hours and 30 minutes.

C1 Advanced is a Certificate in Advanced English and was formerly known as CAE. It is oriented at the higher levels as compared to the IELTS test and also the test is accepted by numerous universities and educational institutions worldwide. The candidates are given 4 hours to complete the test.

C2 Proficiency is a Certificate of Proficiency in English and was earlier known as CPE. It is considered the most advanced exam and ranked above the TOEFL and IELTS tests. To complete the test the candidates are given 4 hours.

The English Cambridge Qualifications that include B2 First, C1 Advanced, and C2 Proficiency are divided into 4 parts which include Reading, Writing, Listening and Speaking. Cambridge certificates are mostly used in the universities of the UK but they are also accepted by the many other universities and institutes of the world. However, these exams are not as popular as TOEFL and IELTS. It is pertinent to mention here that the Cambridge qualifications do not have an expiry date like the other language courses. But many universities prefer to accept results no older than 5 years so make sure to fulfill the mentioned requirements. The candidates that are preparing for the English Language Proficiency Courses are instructed to choose a suitable tuition center. There are various institutes that help the students to prepare well and get the English language certificate.