International Students Can Apply In Tuition Free Universities In Germany 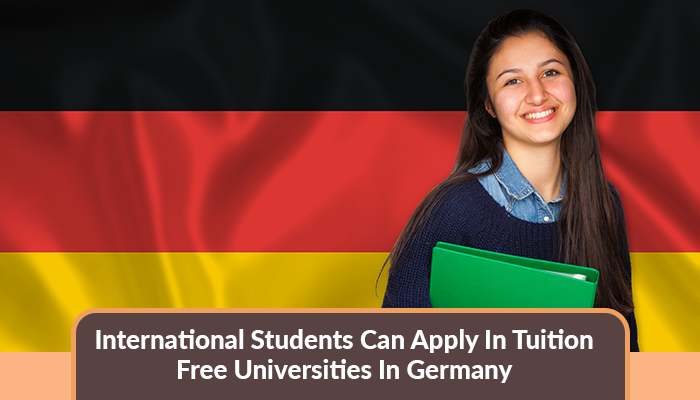 Study in Germany is a lifetime opportunity for many students, but is college free in Germany? Here is a complete detail of this claim. German colleges/ institutes ranked among world’s top institutes. German make an exception, despite being among global leaders in higher education, the cost of studying in Germany is quite affordable.

Low Cost Of Study In Germany

In 2014 it was approved by the Government of Germany to introduce educational fee for international students, though some states of Germany re-introduced fee schedule in which cost of studying was much lower than elsewhere. Some public institutes in Germany demand a small amount of fee to cover administrative and transportation cost. Student have to pay semester wise that is almost 150- 250 €.

On the other hand private colleges apply international fee. There is no institute where u don’t have to pay even a single cent.

What Makes Germany As An Attractive Country To Study?

How To Apply In German Universities

To be able to study in German universities applicant must have

In German universities, education is free but international students have to cover living expenses there. To cover all these expenses one should go for scholarship programs like DAAD scholarships.

Berlin is one of the best universities in Germany. Founded in the year 1948, it started as the West Berlin chapter of the Frederick William University. It is currently located in the capital. As of date, it has an enrollment rate of 36,000+ students – with 22% coming from outside Germany.

LMU, is the top-ranked institution in all of Germany. Its programs are considered some of the best in the world, with its Arts & Humanities and Physical Science courses respectively ranking 18thand 21stinternationally.

The Technical University of Munich or TUM is the top 2 institution in all of Germany. Founded in 1868, it has a main campus in Munich and many branches in other areas.

RWTH Aachen University is one of the public research institutions in North Rhine-Westphalia, Germany.
Founded in 1870, it is one of the biggest in the country. To date, it has 45,000+ students, 23% of which come from outside Germany.

The university has 37,000+ students – 13% of which come from outside Germany. They are enrolled in the university’s 7 faculties, which are organized into the studies of Catholic Theology, Protestant Theology, Law & Economics, Medicine, Arts, Mathematics & Natural Science, and Agriculture.

You can also apply for tuition free courses in USA