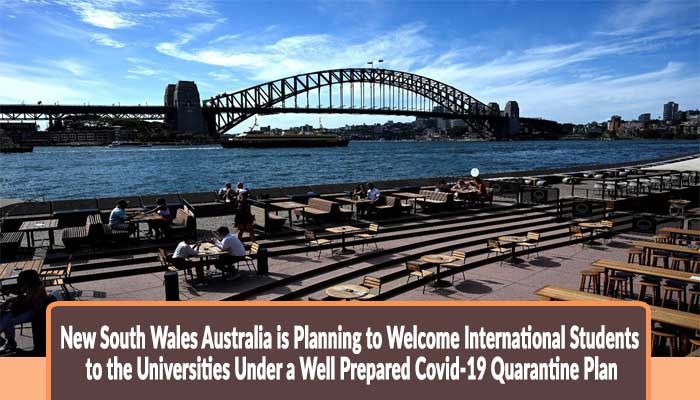 Restarting of the International Education Sector in New South Wales

The international student accommodation quarantine program was proposed by Barney Glover who worked very closely with the state and federal Government to make this idea a reality.

According to Barney Glover this program will help almost 250 students to fly in and quarantine every fortnight. He said that “That's very much a signal to our students offshore that we are moving now more rapidly towards an opportunity to welcome the international students back to Australia.”

When will this program start?

As of now there is no exact date which is set for the launch of this initiative. But according to few reports students can fly in to study in New South Wales by October. As Barney Gloves has said that, "I think we can see students coming within six months and I'd hope to see students arriving certainly in the early part of the second half of this year.” State and Federal Government has also joined hands with the universities to start this student quarantine program.