Scholarships In Turkey without IELTS For Pakistani Students 2022 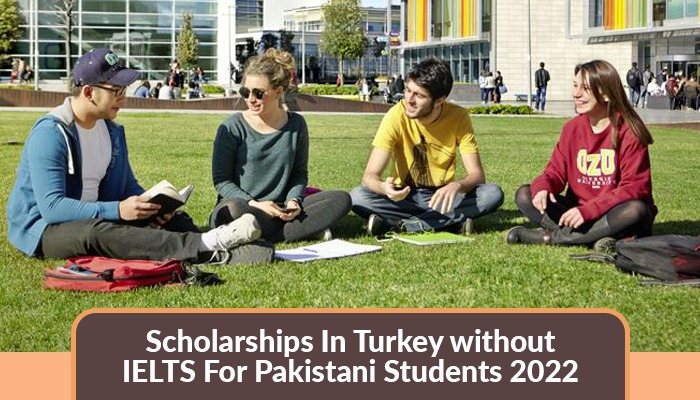 Turkey is more familiar country because of its geographical position as it is also part of Asia and Europe. Historically it remains as barrier and also a bridge between two continents. In terms of lifestyle, culture and beauty Turkey comes amongst destined places. It also provide a huge study platform for foreigners including Pakistan.

Standards Of Education In Turkey

One important thing which makes the Turkey most desirable country for study is its standards of education. Schooling rate of Turkish educational institutes is 94.2%. Other is availability of all necessary educational equipment’s with modern technology. It doesn’t matter that at which university, student get enrolled though the campus experience will remain mesmerizing.

A number of scholarships are awarded each year including Sabanci University scholarship, Turkey Burslari Scholarship and KOC scholarship.

How To Study Without IELTS In Turkey

Applicant must have English proficiency certificate issued by previously passed degree university to prove that the applicant have English medium education.