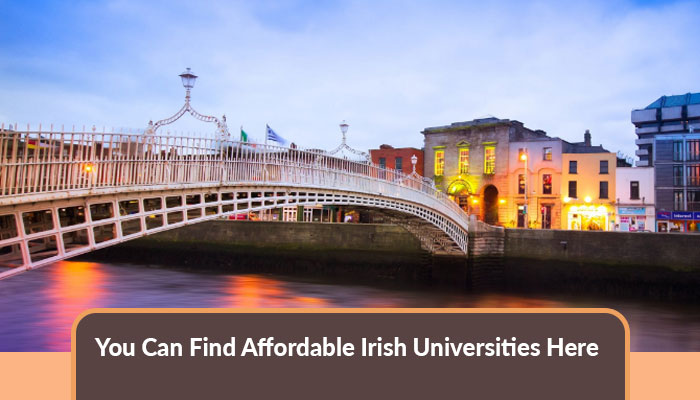 Ireland is one of the most stunning nation of the Europe and established its name by taking a special position in the British Island. The choice to study in Ireland is also a best option for many Pakistani students as Ireland universities offer each study course in affordable tuition fee structure.

There are many reasons why Ireland is considered as best study destination apart from the fact that Ireland has universities with affordable fee. Some of the reasons are listed here

The forefront areas of rassrrch are

> Benefits of Studying In Ireland

University of Limerick is one of the most popular affordable/ cheap university in Ireland. Some key facts of university are

No of offered courses: 100 degree courses

No of offered courses: 100 degree courses