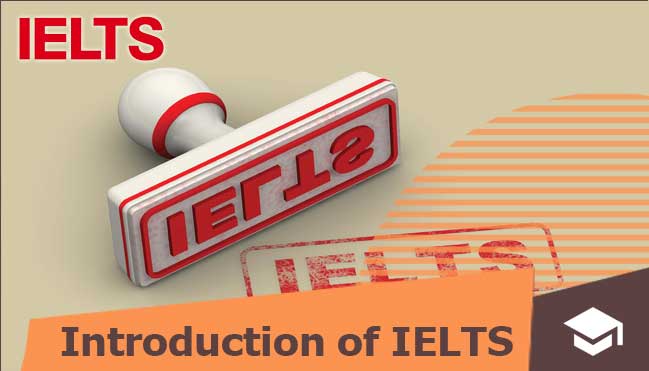 Importance of IELTS for Pakistani students:

IELTS exam is quite popular amongst the masses who require a proof of proficiency in English language despite it being their second language.

IELTS is cooperatively owned and run by the British council, IDP education Australia and Cambridge English language assessment therefore setting up a high standard for the test.

The various benefits of IELTS in Pakistan and abroad are -

the IELTS score is acceptable in about 9000 organizations which includes universities and businesses in 135 countries of the world. This huge number is a proof in itself of the reputation of IELTS test. IELTS test thus provides a proof to the authority that the Pakistani student is capable of communicating effectively in English.

Another benefit of IELTS is that the score is widely accepted by universities abroad in English speaking regions as United Kingdom, United States of America, Canada, Australia and New Zealand etc. The score is not only used to scrutinize the students at the time of admission but also for scholarship eligibilities.

IELTS acts as a gateway that opens up various avenues for the Pakistani students who want to study abroad.

The validity of IELTS test or IELTS test expiry report form for IELTS general and academic both is about 2 years. But for Australian general skilled Migration immigrant applications the IELTS score validity is extended for 3 years.

There is no limit as to how many times a Pakistani student can take up the test till they achieve the score that suits their desire.

Also it’s advisable not to take the test on dates that are in close proximity. As long as the pocket allows the Pakistani student can appear and wait for the perfect score but it’s better to go prepared for the IELTS rather than relying on chances.

The IELTS exam is the most flexible amongst all the English language proficiency tests. It allows the student not just to appear multiple times but also allows them to give exam in the form that suits them the best, paper based IELTS test or computer based IELTS test.

Despite all the above advantages the IELTS serves as a best way to polish the English language skills of Pakistani students.

Because of the division into various sections of speaking, listening, reading and writing the Pakistani student can get a better idea of the area of improvement.

This would be beneficial at the time of re appearing after the results are out for the first attempt, so that the area that needs improvement can be quickly spotted.

The Pakistani student can get added benefit with the IELTS test by their side at the time of visa approvals.

The IELTS score provides a proof of English proficiency for the Pakistani students after completion of their education abroad they can get a high paying job, even if the test score of IELTS has expired all they need to show is the proof that they have put in effort to improve their English language skills till date.

There are a lot of job opportunities after IELTS exam because that would assure the employer of no communication gap. Benefits of IELTS for work and for admissions cannot be denied, therefore a Pakistani student can take up the preparation course at the IELTS coaching center in Pakistan .